Our 2017 Rally Schedule ended this past weekend with the Wild Bear Adventure Safari that was hosted by the Apollo Motorcycle Club in New Smyrna Beach. 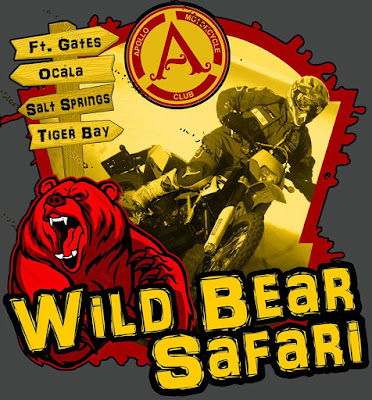 The Rally provided for several levels of trail on Saturday and Sunday. On Saturday the Adventure Track covered 180 miles, largely through the very sandy Ocala National Forest. On Sunday, the options were single track trails around New Smyrna or a largely paved 100 mile scenic adventure ride. 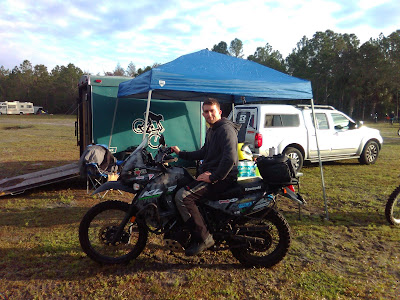 The Apollo Motorcycle Club has their own facility. It's actually an enormous cow pasture...need to watch where you walk around in there. 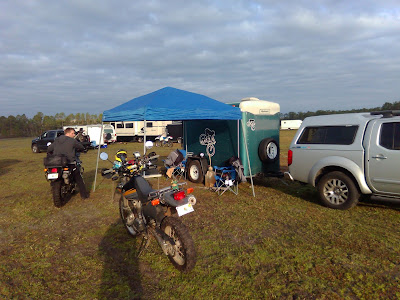 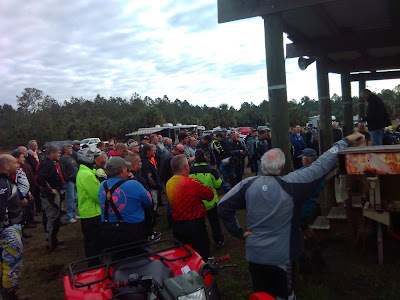 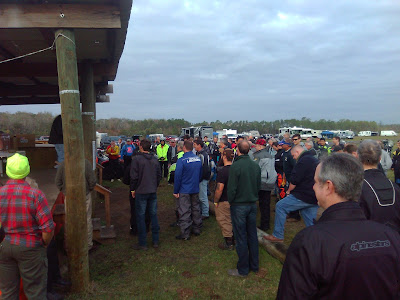 This is my friend Howard from South Florida. I originally met him at a DS rally and we seem to wind up at the same ones. 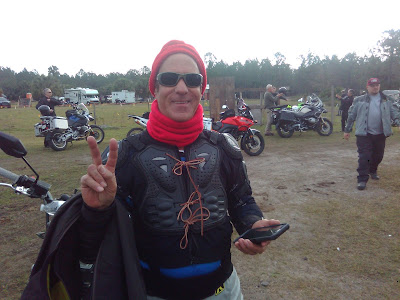 My son also has a 2017 Yamaha TW200 and was disappointed when he found some new buddies at the rally with their T-dubs. 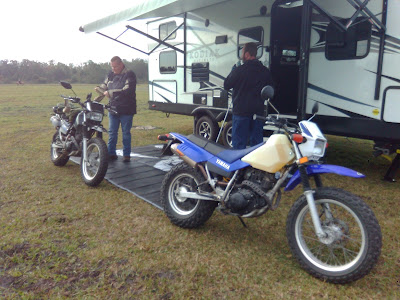 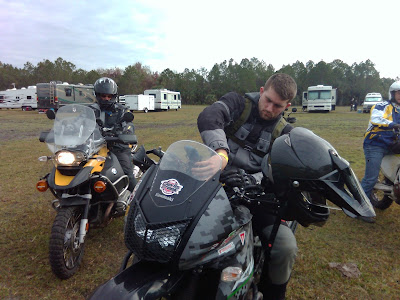 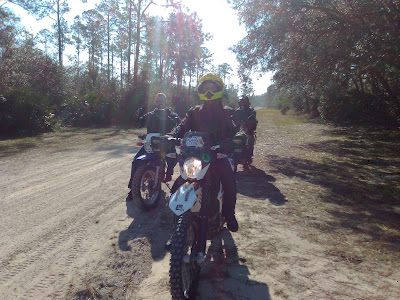 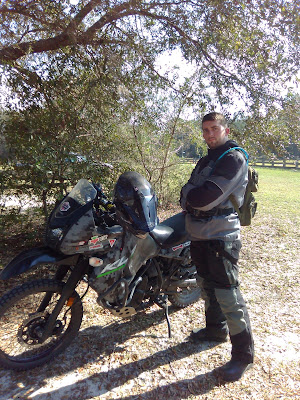 Rocky Bull is the mascot for University of South Florida where my daughter goes to school. He's been joining me on my rallies this year. 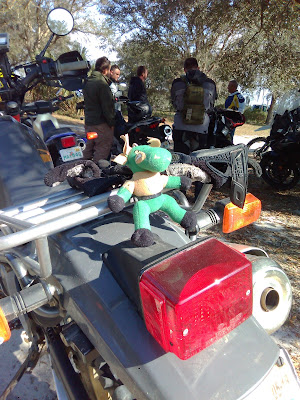 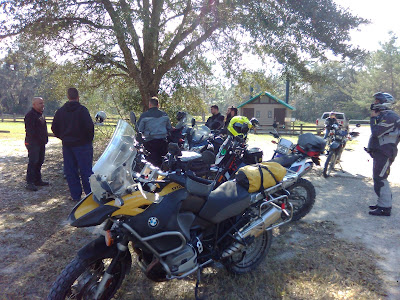 This is my 2016 Suzuki DR650. I have this set up for and use it only for dual sport rallies. While I don't often dump it, when I do it's a hell of a lot lighter to pick up than the KLR. 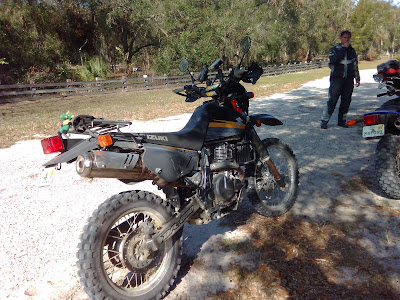 This is our other friend Sam...Samantha. She is a dual sport rally veteran. She may not go very fast, but she makes it from point A to point B every rally. 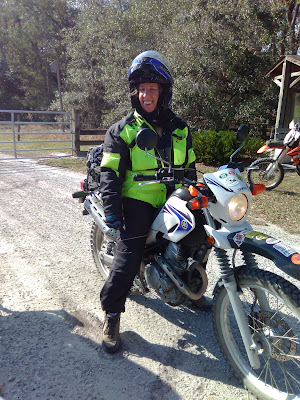 It's the dry season and we only had one water crossing and a very few number of muddy spots like this one. My son aims for those things. 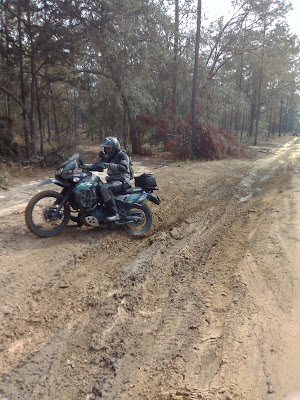 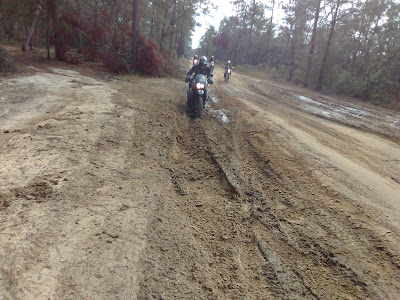 Ocala National Forest, like all of Florida is sandy and in some cases very deep. The rally offered bypasses for some of the more difficult sand areas. 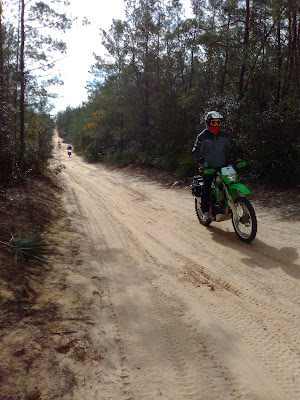 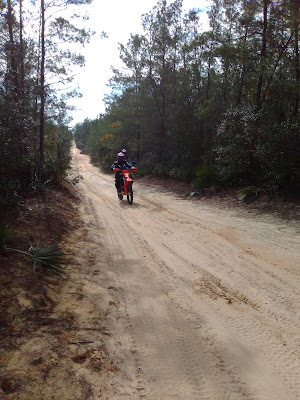 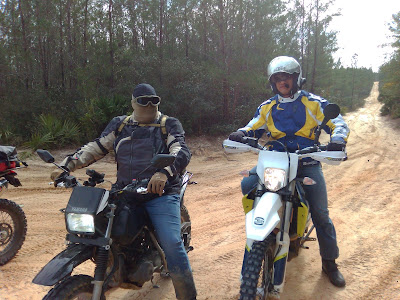 Papa Joes for lunch. An iconic little burger joint right in the middle of ONF. 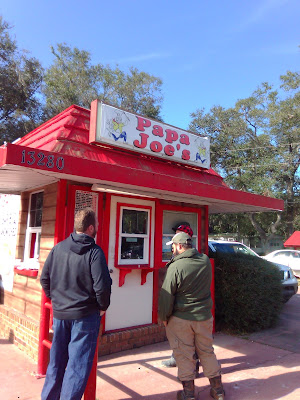 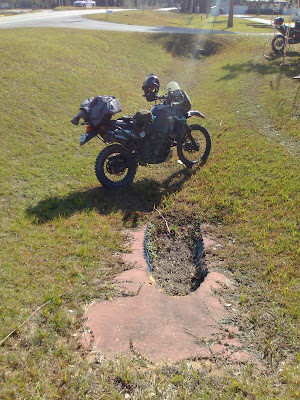 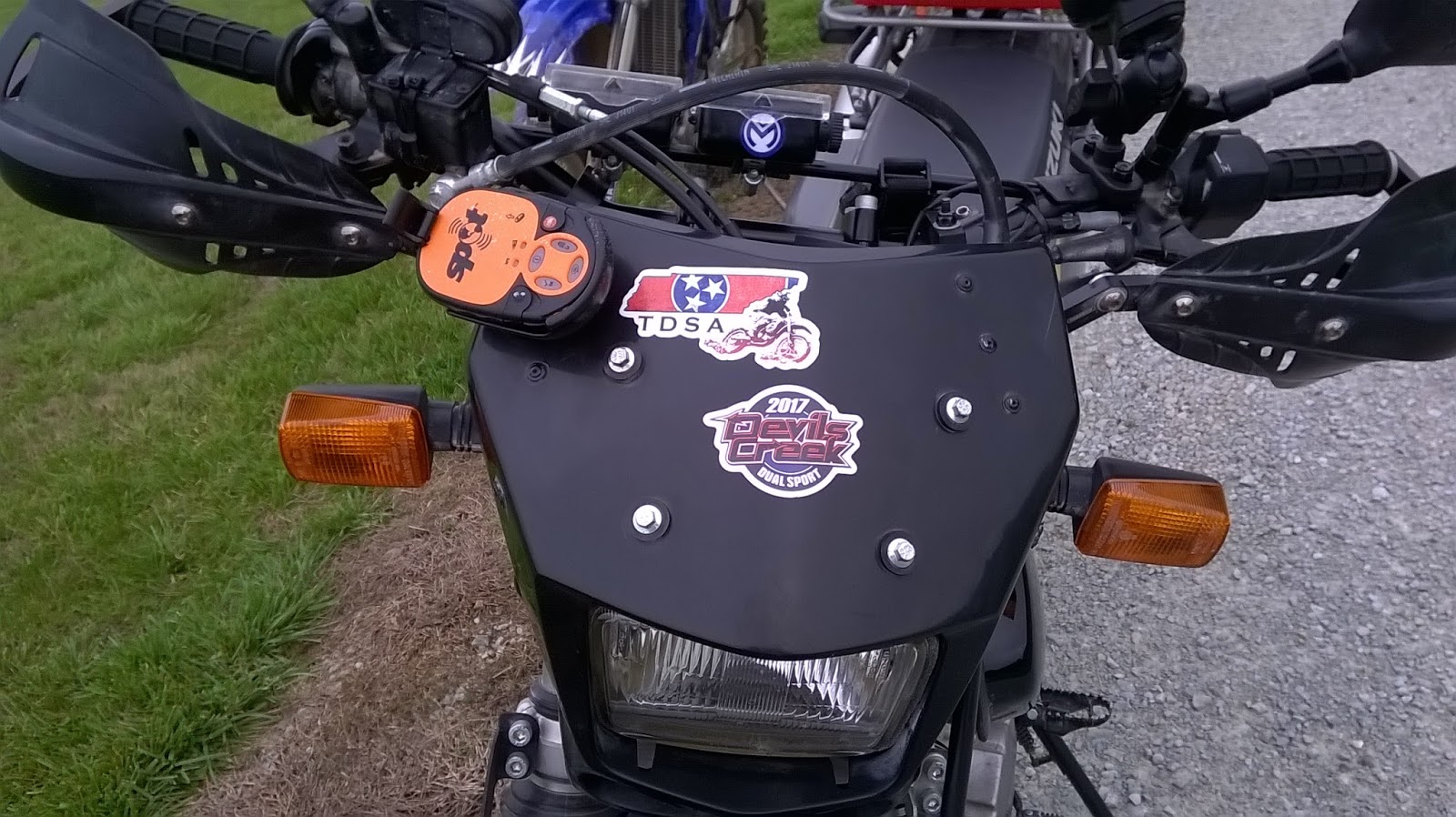 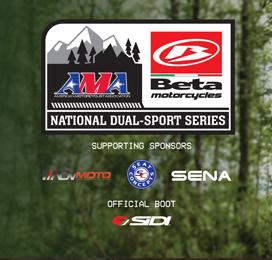 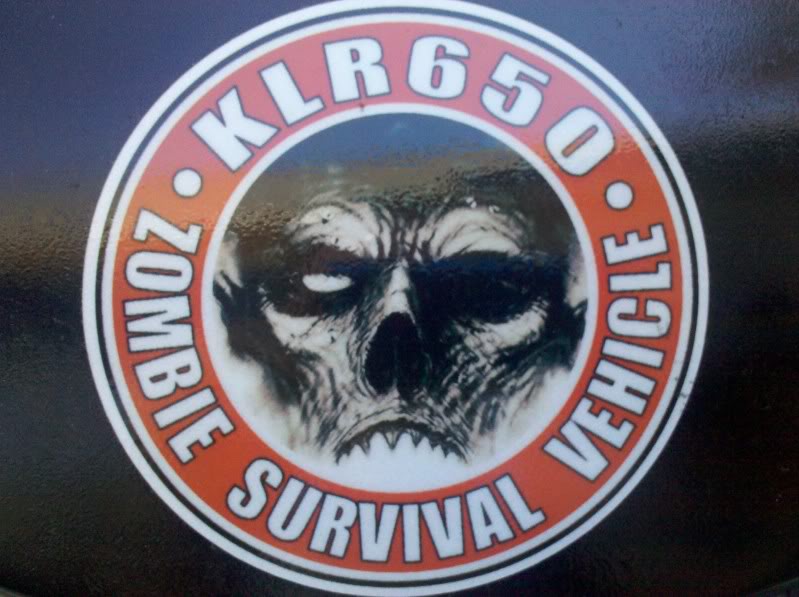 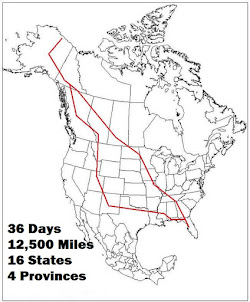 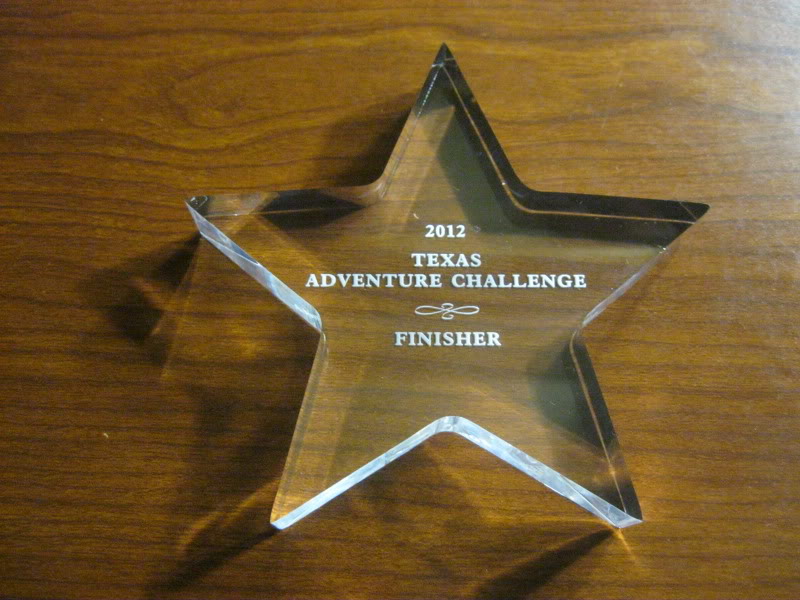 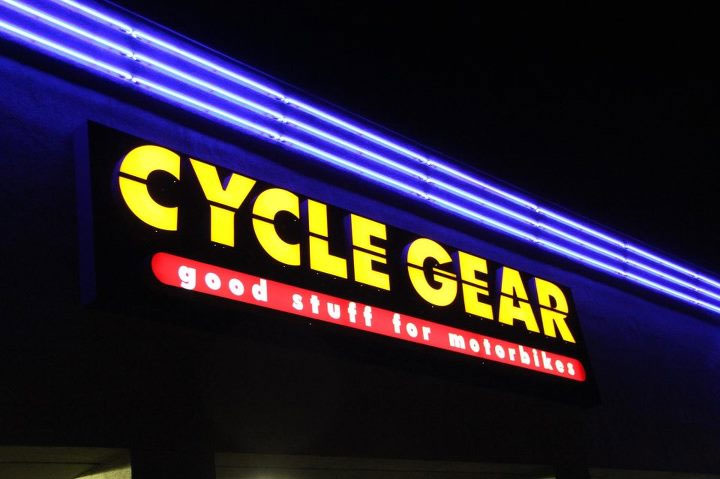 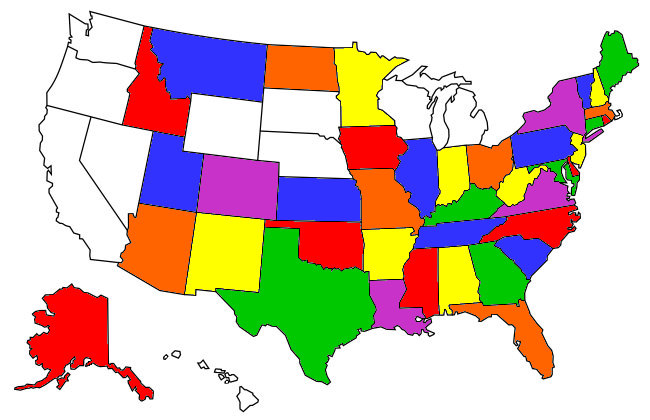 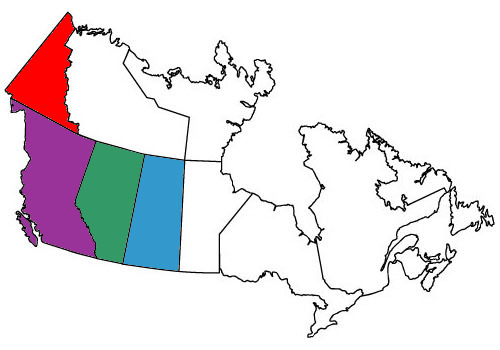 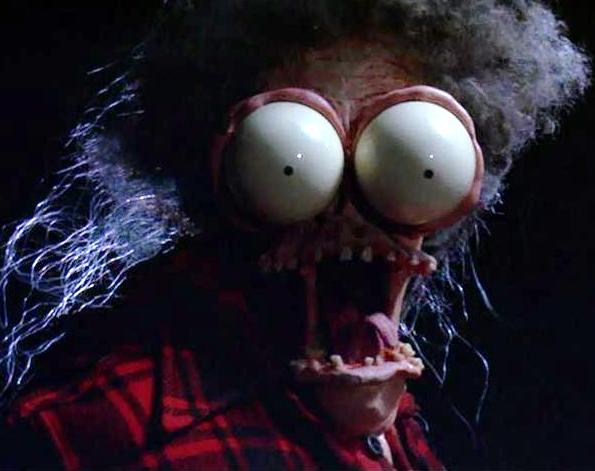